On Track and the Bundian Way

Naturalist, poet and seasoned bushwalker John Blay worked for over a decade to uncover the Bundian Way, a 380-kilometre ancient pathway from Mount Kosciuszko to the New South Wales far south coast, used by both the Aboriginal people of the area and the earliest British arrivals. But what is it about the Bundian Way that makes it less like a walk and more like a pilgrimage?

I’ve walked most parts of the south-east region of New South Wales and I’ve enjoyed its classic walks. Some places nobody else has visited for a very long time. But nothing prepared me for the astounding diversity of landscapes and nature I found along the Bundian Way. Any time I’m following the route I feel an intense excitement. It’s not just any old walk. It’s as though I’m walking back through Australia’s past and seeing its future. The more I find about the route, the deeper I’m drawn into its complex wonders. Who cares about the funnelwebs, blisters and snakes? What’s a little suffering between friends when the travelling is more like a pilgrimage?

When I first started my walking along the old travelling routes of the south-east region I little imagined something like the Bundian Way would emerge. And yet there was an excitement as I started walking each day. I was overjoyed to be following such an ancient track. It felt as though I was connected to something very special, that I was coming closer to the land at last in ways I had not experienced in many years of walking the back country. But hints had been there for a long time. During my long-distance walks of the 1980s I started to sense these qualities but couldn’t find the words to express them adequately. As hard facts began to emerge I knew I had to follow my curiosity. It’s been a long, hard way to go but I’d do it all again tomorrow.

The Bundian Way is a shared history pathway, an ancient walking route between the high country and Twofold Bay, near Eden, that was given NSW Heritage listing in 2013. It is a project of Eden Local Aboriginal Land Council in which I have participated since my first walks along the route, serving as its Bundian Way Project Officer for most of that time. During 2011–12 I led a survey group of about six Aboriginal people at a time while we walked the entire Bundian Way route, parts of it many times. We closely examined many facets of the route, including its flora and fauna. The project is ongoing. I must have walked it end to end at least ten times and every time I walk it I learn even more. It has very many connections, all manner of connection.

Starting in the high country of the Australian Alps I realised people visited not only because it’s like a playground but for its intense spirituality. The route then touches places of note like the Lower Snowy River and the Monaro as well as the wild coastal ranges on its way to Twofold Bay. There were ceremonies of the Bogong moths in the mountains and of the whales on the coast. These elements can be found in a single walk of almost 390 kilometres that can take anything from a few weeks to many months. The slower you take the walk, the more special your experience. Up to 15 kilometres per day is a very comfortable pace and allows time to sniff the wildflowers. 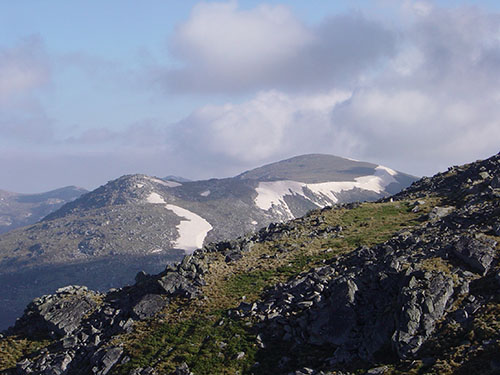 The Bundian Way is not open to the general public yet. We would love to open it as soon as possible but there are very many technical issues being sorted through. It passes through many tenures including national park, wilderness area, state forest, travelling stock reserve and only two towns with any facilities. Walkers must abide by the regulation of each tenure.  In the open country we need to establish camp sites, even if very primitive ones, to allow facilities and some privacy. The places are there and earmarked, but issues such as development consent, insurance, management, design and tenure are yet to be dealt with, not to mention the production of track notes and interpretations. Much work has already been done but most of the labour has been voluntary: the Aboriginal community has been providing public infrastructure. If the NSW Government would provide a few more workers the entire route could be open by the end of 2016. As things stand, the Bundian Way will open stage by stage, most likely starting in early 2016 with a dramatic walkway around Twofold Bay. The Aboriginality of this remarkable long-distance place must be maintained. That demands some original thinking.

Many have already found it to be inspirational, others that it provides an intensely healing experience. To visit it is to acknowledge the old Aboriginal people over countless generations as well as Elders yet to come. And a step towards reconciliation. 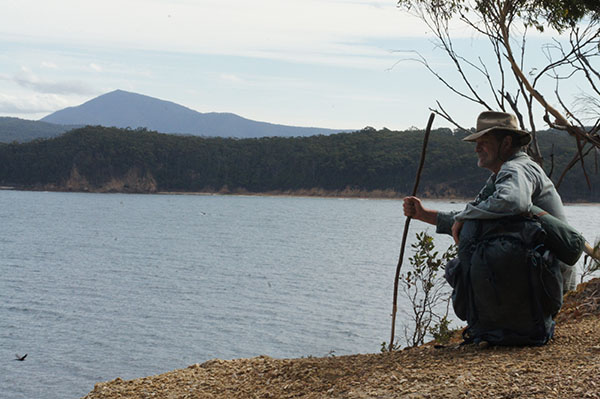 John Blay rests at Twofold Bay, the end point of the Bundian Way.

John Blay is a naturalist, poet and author of 'On Track: Searching out the Bundian Way' (NewSouth, 2015).